Loch Stiapabhat, Isle of Lewis
***American Bittern*** still present, last reported as "showing well" at 14:40 A *Crane* was seen flying over Lionel machair early afternoon having first been seen on a croft at Habost earlier in the morning
Note: If coming to see the bird, it is requested that people park at the sports centre as the gravel area opposite the gate to the hide is now part of a private residence.

Reef, Isle of Lewis
A pair of Long-tailed Tits have been present for the past 2 weeks

Clachan Sands, North Uist
5 Dotterel were seen in the cemetery

Langass Lodge, North Uist
2 Siskins were there this afternoon

Baleshare, North Uist
At least 1 of the 2 Curlew Sandpipers were still present amongst Dunlin early afternoon, just past the track leading to the beach. Both birds were seen together later in the same area

Loch Fada, Benbecula
A Little Egret was there this afternoon

Photos of the Stiapabhat American Bittern 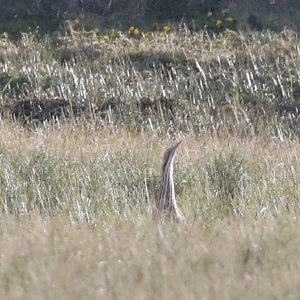 This morning (11th May) photo (c) and courtesy of @MisterT 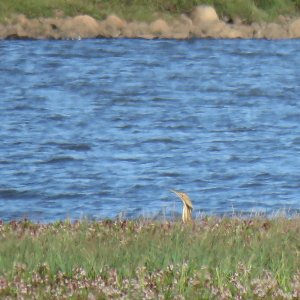