Bolnabadoch, Barra
A **Purple Heron** was at Loch an Ali this morning and again late afternoon

Loch Mor, Benbecula
An adult Little Gull was around the loch and a Little Egret was nearby on Loch Fada

Iochar, South Uist
A Whinchat was there today

It's been a good day on Barra. Our 3rd Tree Pipit of the spring was at Creachan early in the morning along with 5 Siskins. There had clearly been a small arrival of Woodpigeons with about 8 in odd places (ie away from breeding sites). Then at 9am an adult Purple Heron was found at Loch an Ali, remaining in this small reed lined loch until at least early evening, though it's generally elusive. A 2cy Iceland Gull and a Little Egret were both at Allasdale this afternoon. The wait for the Purple Heron to show again was livened up in the late afternoon when an Osprey flew over. House Martins were again a feature including 2 at Garrygall, 8 at Northbay, 6 at Creachan and 1 at Cuithir. Single Spotted Flycatchers were at Glen and Northbay. 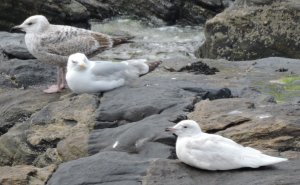 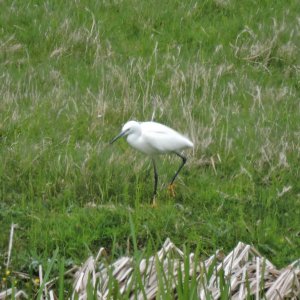 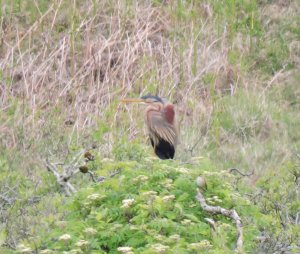