Hirta, St Kilda
A *Bluethroat* was seen on the island today

Loch Stiapabhat, Isle of Lewis
A ***Long-billed Dowitcher*** was seen there this afternoon

Borve, Berneray
3 **White-rumped Sandpipers** and a *Buff-breasted Sandpiper* were on the flodded machair this afternoon 15:30-16:00

Callernish North Uist
The ****Mrtyle Warbler**** was still in the walled garden today. Also 2 Blackcaps, 3 Chiffchaffs, 2 Fieldfare, a Brambling and a Jack Snipe were seen there

Loch Paible, North Uist
The ***Richardson's Cackling Goose*** was seen there this morning at 08:30 with Barnacle Geese

Kilaulay, South Uist
At least two **White-rumped Sandpipers** were on the beach there this morning

Ardivachar, South Uist
6 **White-rumped Sandpipers** and a *Pectoral Sandpiper* were still there today

Glenn, Barra
2 Yellow-browed Warblers and a female Ring Ouzel were there

Garrygall, Barra
3 Blackcaps, a Woodcock and a Sparrowhawk were there while a Chiffchaff, at least 1 Yellow-browed Warbler and 3 Blackcap were at the football pitch in Castlebay.

Creachan, Barra
2 Yellow-browed Warblers, a Chiffchaff, 3+ Blackcap and at least 1 Fieldfare were there. Also a probable Rosefinch 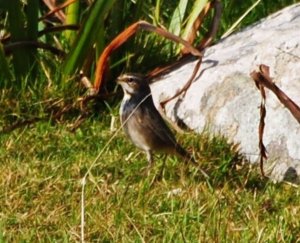 Another pulse of migrants on Barra today including a minimum of 8 Yellow-browed Warblers, 30 Blackcaps, 1000 Redwings, 6 Fieldfares, 15 Chiffchaffs and 3 Woodcock. The Red-breasted Flycatcher was still at Morghan and the Iceland Gull was still at Craigston. 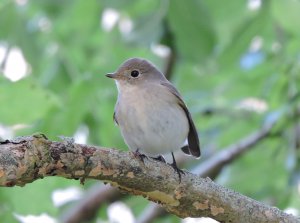 A couple of photos of the Callernish Myrtle Warbler (needless to say there are some much better ones out there). It was a good North Uist 'twitch' (seven) in much better weather conditions than the previous day. 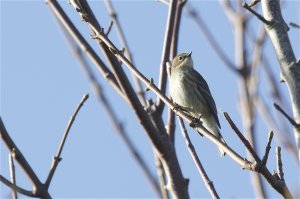 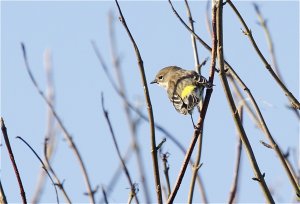 News from Tonty Marr at Ness:-

The highlight of the day was a juvenlle Long-billed Dowitcher on the flooded machair to the north of Loch Stiapavat at (1730) this afternoon. We watched it until (1808) when it flew off calling loudly. It towered off into the sky until we lost sight of it.