Balranald, North Uist
Circa 300 Snow Buntings were there today while the drake Pintail was nearby on Loch a' Roe.

Baleshare, North Uist
12 Snow Buntings were on the island
Likes: John Hansford
B

There was a minimum of 14 Woodcock in one small plantation on Barra today, an exceptionally high January count for here. The Ring-necked Duck was still on Loch Tangasdale along with 6 Whooper Swans and the 2 Tree Sparrows were still coming to my feeders. 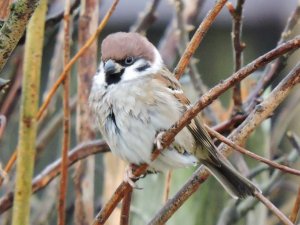 Of note, there were 2 Scaup on Loch Bee plus many Wigeon, probably over a 1000 birds. On the machair at Kilaulay there was a large flock of Skylarks, I estimated 200+ birds and in amongst them were 2 Snow Buntings. Nearby were 6 Barnacle Geese - not seen too often in South Uist they seem to prefer North Uist.

At Coot Loch a Little Egret was feeding around the edge. Loch Fada was very quiet and Loch Mor held mostly swans with 10 Whoopers and 6 Mutes. There was a Red-throated Diver and a couple of Great Northern Divers in the bay in Balivanich. 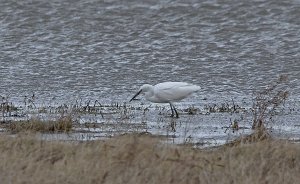