Having been a participant in the Patchwork Challenge (PWC) since it first started in 2013 I thought I would give a quick rundown on how things went here in the Outer Hebrides during 2016.

How does PWC work? You have your own patch which should be no more than 3km square, there are points for each species you see (1 to 5 points depending on scarcity) plus bonus "finders" points for any rarities that turn up and which you find yourself. So for example when @MisterT found a Gyrfalcon here on the patch he scored 4 + the bonus of 8 = 12 points total.

Participants here in the Outer Hebrides are in the Islands mini-league and as such are up against the big guns of Steve Stansfield (Bardsey Bird Observatory) and John Bowler (Tiree). But really the fun is in trying to beat your own previous year's points, species and comparative score.

So, in 2016 there were four of us here in the Hebrides, MisterT and myself who share the same patch (Askernish, SU), Stuart Taylor (Balivanich, BE) and new to PWC Bruce Taylor who had two patches in Barra.

The results at the end of the year, for points were:- 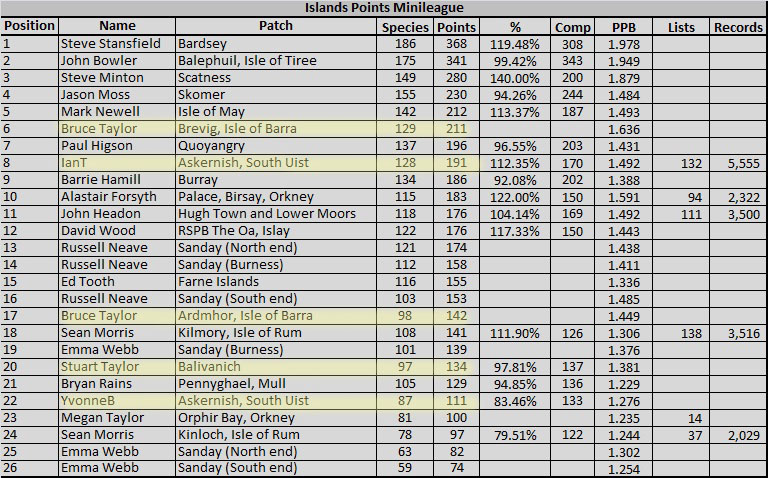 On the comparative table:-

A very well done to Bruce for taking up two out of the top three spots in the OH points league and being 6th overall in the main Islands minileague with his Brevig patch. I think we'll have to get some kind of trophy on the go for OH patch birders. MisterT and myself have a trophy - we call it the Askernish Patch Triple Crown Cup - the holder (i.e. who's desk it sits on) has to have the highest score in points, species and comparative and that was won by MisterT in 2016. 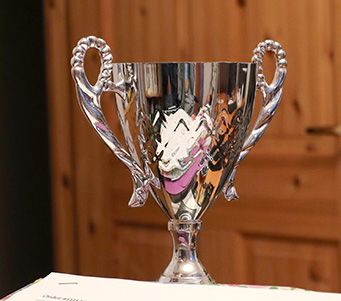 At the end of the day it's just a bit of fun and gets us out and about on our local patch, and really we are competing against ourselves and our own best scores.

I'm sure the other participants here in the Outer Hebrides will agree with me in sending many thanks to the PWC team for all their hard work and organising of the challenge and the leagues - it's been great fun over the years and i'm looking forward to patching in 2017. Maybe this will be the year that a Blue Tit turns up on the patch (sadly only 1 point)