Butt of Lewis
A juvenile Iceland Gull was seen by pools near the lighthouse this morning. A male Pochard was nearby at Loch Stiapabhat, a Lapland Bunting was close the the hide and the Carrion Crow was seen briefly before heading east

Balranald, North Uist
A single House Martin, 12 Barnacle Goose, 2 Pink-feet, 21 Corncrakes (heard only), 5 Common Scoter, a Bonxie, two Iceland Gulls and 84 Purple Sandpiper were seen in and around the area this morning. A Chiffchaff was nearby at Hougharry.
A seawatch this evening from Aird an Runair (18:00-1945) produced 10 Bonxies (N), 11 Arctic Skuas (N), 10 Manx Shearwaters (N), and c400 Arctic Terns. A pair Garganey was seen on the flooded machair to the east of the campsite in the evening

Rubha Mor, North Uist
The four *Snow Geese* were on the flooded machair this morning.

Knockintorran, North Uist
A Redwing was there today

Carnan, South Uist
The two Common Redpolls were still visiting a garden there as was a Lesser Redpoll

Howmore, South Uist
An adult Iceland Gull was north of the Howmore River. Four Barnacle Geese were also in the area

Askernish, South Uist
A Brambling and two Woodpigeon were visiting a garden there. Two House Martins were around the township late evening

Loch Hallan, South Uist
A Marsh Harrier was there early afternoon which was also seen at Allasdale, Barra in the morning

Eoligarry, Barra
Two Wood Sandpipers were there this afternoon
Last edited: May 11, 2021

The Lesser Redpoll controlled here at Askernish yesterday was originally ringed at Middleton Nature Reserve, Lancashire on 20th April this year and had travelled 452km in 20days. A ringed Willow Warbler that had unfortunately flown into a window and died in South Glendale yesterday had been ringed on Lundy Island, Devon on 4th May and travelled 683km in 12 days. The maps show a definite movement north despite the weather 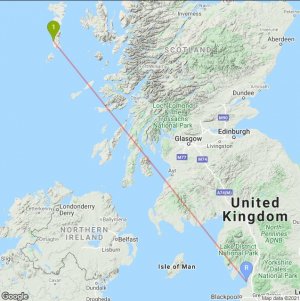 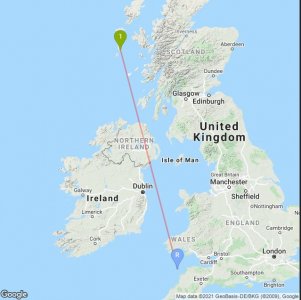 Barra.
2 Wood Sandpipers at Eoligarry this afternoon showing well on the flooded field near the jetty. Also good numbers of Whimbrel and Dunlin around the island today plus an obvious increase in Swallows. 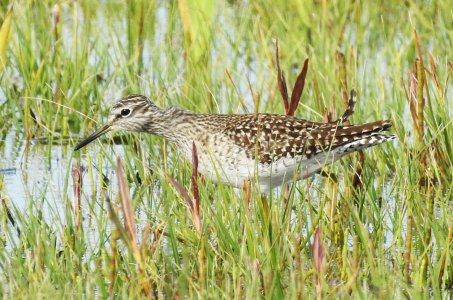 Bruce said:
Barra.
2 Wood Sandpipers at Eoligarry this afternoon showing well on the flooded field near the jetty. Also good numbers of Whimbrel and Dunlin around the island today plus an obvious increase in Swallows.
Click to expand...