Hirta, St Kilda
The **Short-toed Lark** was still on the island. Also still present were the Long-tailed Duck and Slavonian Grebe plus two Common Sandpipers and a Siskin

Coot Loch, Benbecula
The *Black-necked Grebe* was seen there again this morning. Circa 60 Barnacle Geese flew over mid-morning 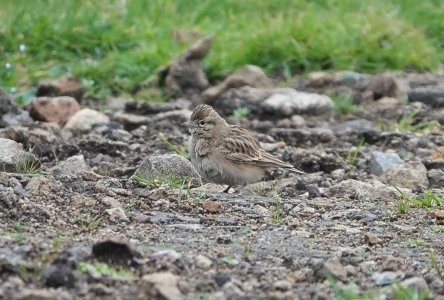 Barra
I found an American Golden Plover at Eoligarry this afternoon, initially picked up on call as it flew in from the west, then seen in flight two more times during the following couple of hours. Nearby 3 Grey Plovers on Traigh Mhor was a good count for Barra. A late Spotted Flycatcher, a Yellow-browed Warbler and Blackcap were at Cuithir. There was a small increase in Redwings around the island.
You must log in or register to reply here.
Share:
Facebook Twitter Reddit Pinterest Tumblr WhatsApp Email Share Link
Menu
Log in
Register
Install the app
Top