Butt of Lewis
A juvenile Long-tailed Skua and 92 Sooty Shearwaters flew past between 07:00 - 08:20. A Lapland Bunting was also in the area

Borve, Berneray
A Lapland was seen on the machair today

Aird an Runair, North Uist
1 Leach's Petrel and 110 Manx Shearwaters passed off shore this morning. 3 Lapland Buntings were nearby on the machair

Stinky Bay, Benbecula
A juvenile *Sabine's Gull* was feeding there this evening.

The Range, South Uist
A ***Long-billed Dowitcher*** was with Golden Plovers to the west of the Qinetiq buildings and later seen on the flooded area by Launch Area 2

Askernish, South Uist
A Corncrake was seen on the machair this afternoon

Balnabodach, Barra
The ***Western Bonnelli's Warbler*** was ringed and released at midday [see @Bruce post below] 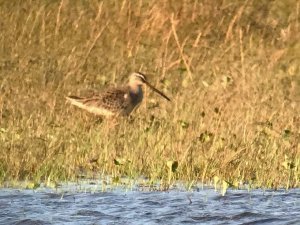 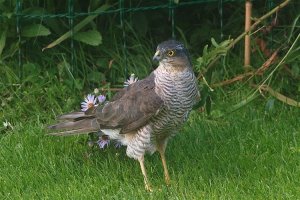 The Western Bonelli's Warbler, now present for its 4th day was ringed and released at midday at Bolnabodach. Otherwise it was pretty quiet on Barra. There were more Pied/White Wagtails around today, the usual Grey Wagtail was still at Brevig and another was at Cuithir. 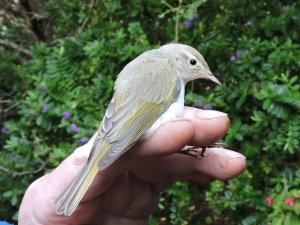