Very variable weather for todays WeBS count - from sunshine to horizontal rain in the blink of an eye and the 10C temperature giving it a somewhat wintry feel!

A total of 39 species at Loch Bee which I didn't think was too bad for the time of year. It was fairly quiet duck-wise though there was a decent count of 17 Shoveler. Also present were 36 Mallard, 13 Teal, 6 Red-breasted Mergansers, 3 Tufted Duck and a single wigeon. By far the highest count of any species was Mute Swan with c330 present, mostly adults, very few juveniles. There were 5 Whoopers, 4 in the southern part of the loch and a single bird in the northern area.

Plenty of Common Gulls, c100 with approximately 10 non-flighted young that I could see. 5 Arctic Terns were active in the area. The only raptor was a single Short-eared Owl. A very distant Little Egret made a brief appearance. Large numbers of Greylag (216) were present with a good number of goslings amongst them.

The usual waders were there with the highest count being Oystercatchers (88). Also present were 49 Redshank, 50 Lapwing, 3 Ringed Plover, 13 Dunlin, 2 Snipe, 1 Curlew and 16 Black-tailed Godwits on Loch an t-Saile which is also part of the count area.

The South Ford was fairly quiet due to the high tide and apart from 198 Bar-tailed Godwits i'm not sure where most of the other waders were hiding. Arctic and Little Tern were both present and Corncrake was heard. Good to see 6 female Eider with a total of 14 ducklings. 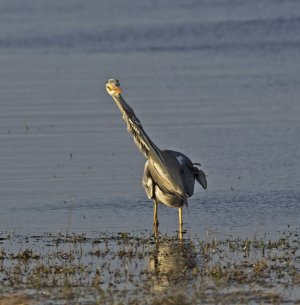