Hirta St. Kilda
The female ***Snowy Owl*** and the *Buff-breasted Sandpipier* were both seen this morning in and around the village. 2 Lapland Buntings and a Jack Snipe were seen later in the evening

Stornoway, Isle of Lewis
2 Leach's Petrels, 14 Sooty Shearwaters and 2 Arctic Terns were seen from the Ullapool - Stornoway ferry this morning.

Baleshare, North Uist
A *Buff-breasted Sandpiper* was seen this morning 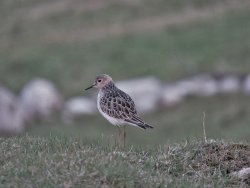 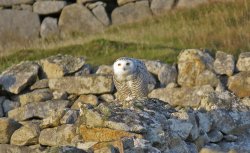 The days highlight on Barra was the Osprey that flew south at Brevig in the late afternoon. There was a slight increase in the number of Willow Warblers and Golden Plovers around the island and at least 2 Blackcaps were still present. 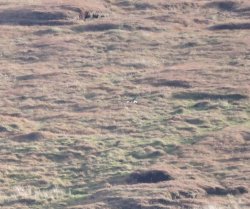 News from Tony Marr at Ness:

Afternoon passage of Pinkfooted Geese
During a walk up the east coast from Port of Ness to the Butt lighthouse, there was a substantial passage of geese, presumed to be Pinkfeet, coming into The Minch from NW and passing on south-eastwards. Eleven flocks totalling 1,652 passed in just 90 minutes (1700 – 1830). They were all very high and very distant. Only one of the flocks, of 90 birds, passed over Lewis. The wind had steadily abated from the Force 7-8 of early morning to nil.
You must log in or register to reply here.
Share:
Facebook Twitter Reddit Pinterest Tumblr WhatsApp Email Share Link
Menu
Log in
Register
Install the app
Top