Hirta, St Kilda
A ***Buff-bellied Pipit*** was seen there this morning. The Pectoral Sandpiper and Snow Bunting were also still present

Loch Ordais, North Uist
A Little Stint was seen there this morning. 170 Pale-bellied Brent Geese and a Pink-footed Goose were roosting there early morning

Loch Bee, South Uist
A Pectoral Sandpiper, a Ruff and 22 Knot were on the west side of the loch late morning and a Little Stint was seen there in the afternoon. The ***Long-billed Dowitcher*** was also reported as being present late afternoon which was later re-identified as a Black-tailed Godwit. 30 Pale-bellied Brent Geese flew south at Ardivachar Point

Drimsdale, South Uist
250+ Black-tailed Godwits were seen on the machair there 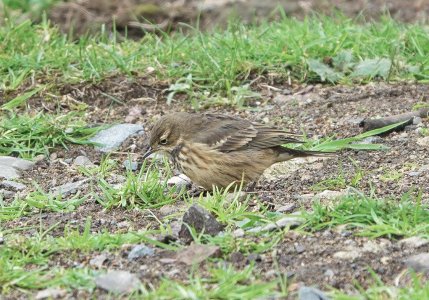