Coot Loch, Benbecula
The drake *Ring-necked Duck* was seen on the loch this afternoon. 7 Whimbrel and 3 White Wagtails were nearby at Borve Point.

50+ LongTailed Ducks at Culla Bay this afternoon, and 30+ Black Tailed Godwits by Hoglan Bay this morning.

200+ Sanderling were on the beach at Askernish today with at least 6 colour ringed birds amongst them. Unfortunately they were very flightly due to the presence of a female Merlin but I did manage to read the combinations on 2 birds. A Chiffchaff and at least 5 Willow Warblers were in and around the township 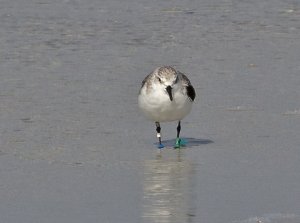 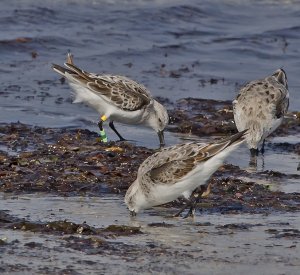 At Aird an Runair, North Uist this morning there were over 300 Dunlin (at least one nominate alpina amongst the schinzii), 26 Whimbrel, a Great Skua flew N, at least seven White Wagtails were present and of the Wheatears present most were probably Greenland. 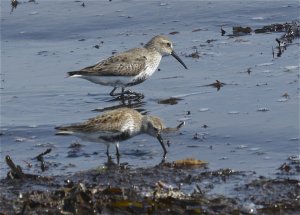