Balranald, North Uist
Circa 50 Snow Buntings were still on the reserve today

Barra.
The Velvet Scoter was still off the jetty at Eoligarry and further up the beach there was a mixed flock of 25 Snow Buntings and 12 Greenfinches. A juv Glaucous Gull was on Vatersay. 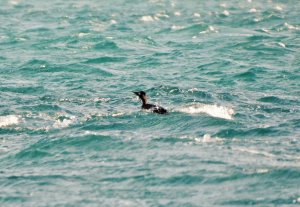 There was a westerly movement of gulls, mainly Great Black-backs, past the Butt of Lewis this morning in N5-6 wind with showers. Along with them were 5 Glaucous and at least 4 Iceland Gulls. Most were juvs, and another juv Iceland was on the machair near Loch Stiapabhat.