Stornoway, Isle of Lewis
12 Long-tailed Tits are visiting a garden in the Willowglen area

Balranald, North Uist
The 2 ***Cackling Geese*** were amongst Barnacle Geese on the machair today.

Baleshare, North Uist
The ***Gyr Falcon*** was seen there this afternoon just before 15:00 at this location. 367 Barnacle Geese and 6 Whooper Swans were also in the area

Coot Loch, Benbecula
The Little Egret was still there today. A drake Pintail was also present.

Taking advantage of the relative calm before a week of bad weather. Highlights included a flock of about 20 Snow Bunting with a larger flock of Twite at Eoligarry. 3 Purple Sandpiper also just off the jetty. Common Scoter off Ardmhòr. The long staying Ring-necked Duck still on Tangusdale 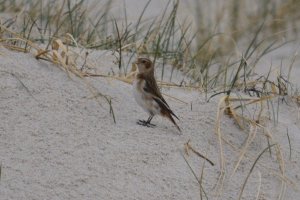 New Year's birding, day 4 and it was up early and head north to Berneray. Borve machair was a great place to have a look around - I would estimate there were a minimum of 1000 Barnacle Geese there (plus a couple of Pink-feet in amongst them). A nice flock of c30 House Sparrows were near one of the barns and there were Linnet in with a large flock of Twite.

Offshore from the township we added Slavonian Grebe to the year list and had great, close views of Black Guillemot in winter plumage. Nice to see good numbers of House Sparrows in and around the gardens.

Headed up to the hostel and then along to the beach that looks out over the Sound of Harris where we had a brief stop for a car picnic. It was good to see @Paul Boyer also out birding there - not even two minutes after you left Paul an Iceland Gull flew in!

In the small wooded area by the Grenitote memorial was a Woodcock, new for the year. On the machair there were more Barnacle Geese plus a mixed flock of Twite and Snow Bunting.

It was a quarter to three by the time we'd worked our way around to RSPB Balranald and the daylight was begining to disappear but during a brief look around we saw 5 Corn Buntings by the visitor centre, a large flock of Barnacle Geese with two Cackling Geese. There was also another goose present which looked (from quite a distance) like it could be a hybrid Barnacle/Canada? A large flock of Snow Buntings made for a spectacular sight! A male Pintail was on the loch at Aird an Runair and we added Peregrine to the list.

Finally on our way home at dusk we were a little surprised to see 94 Brent Geese on the North Ford. 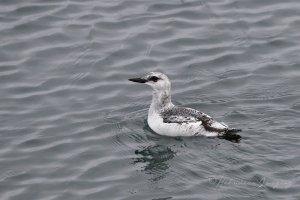 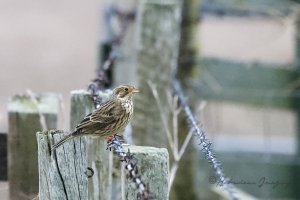 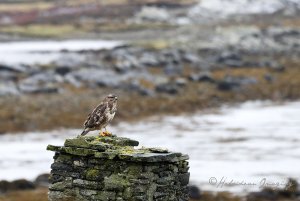 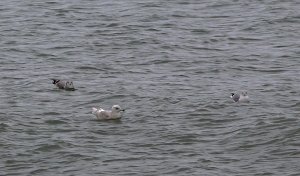