I have to say i've been very pleased with the AudioMoth, the built in microphone seems very sensitive and i noticed on these latest recordings that I could hear next door's cockerel crowing periodically in the early hours. I bought it a couple of years ago for recording bats - we don't have bats in South Uist though they are over in Barra and there are sporadic reports of bat sightings here. After watching Mark Lewis's talk at the recent BTO/SOC conference (which I have also had to write a summary of for Scottish Birding) I thought I would have a go - it's one of those things that i've been meaning to do for ages but didn't get around to. I think I need to figure out a way of getting the AudioMoth out of the wind, I put it in a plastic Ziplock bag but last night there was a period of time where it must have been a bit breezy and there was some noise from the bag. Obviously it needs to be something weatherproof but also something that doesn't block out the noise. Need to do some experimenting... 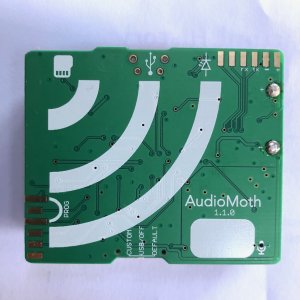 The first thing i've discovered is how bad I am at recognising calls - it's a bit odd to listen to them on the playback, totally out of context. This first call I know that I know it and have heard it many, many times but do you think I can name it. No. And I can't match it up to anything elsewhere online... This is Golden Plover 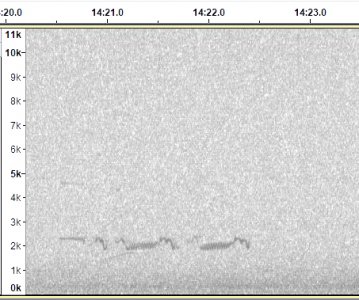 I'm pretty sure this next one is Mallard

Just after 5am the Blackbird started singing and didn't stop.

And I had absolutely no problem identifying this that was being noisy along with the Lapwings. 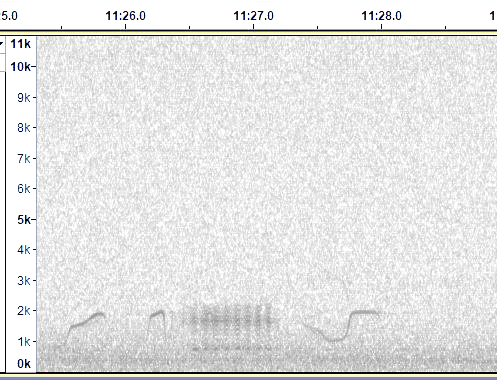