Langass Lodge, North Uist
A *Barn Owl*, Yellow-browed Warbler and a Chiffchaff were seen around the lodge

Lochmaddy, North Uist
A Fieldfare and male Blackcap were seen there today

Balranald, North Uist
A white morph ***Snow Goose*** was seen there and a Common Tern at Aird an Runair.

North Ford, North Uist
A Little Egret was there today

Nasg, Barra
The female ***Subalpine Warbler*** was still there this morning

Loch na Doirlinn, Barra
The juvenile *Ring-necked Duck* was again on the loch.

Craigston, Barra
The 2CY Iceland Gull was there again today 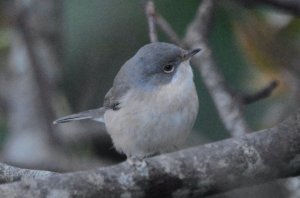 scotbirder said:
interesting report about the barn owl............................I always thought barn owls might do ok , weather permitting and no pesky tawny owls to harass them
Click to expand...
Often wondered about this myself @scotbirder They occur only in small numbers, hence the local rarity status and do not seem to linger for long. I would be interested if anyone else has any ideas about this. @BrianR do you have any ideas?
S