Castlebay, Barra
A Sooty Shearwater was outside the bay seen from the Castlebay - Oban ferry this morning
Last edited: Sep 10, 2019
B

3 Sooty Shearwaters and 7 Great Skuas south past Brevig in 10 minutes this afternoon; it would probably have been a good seawatch if the rain had held off! The 2w Iceland Gull was still at Castlebay this morning.

A single Ruff was in the south west corner of Loch Bee and the Pectoral Sandpiper was still on the flooded area by Launch Area 2. 5 Lapland Buntings landed on the machair briefly before continuing south.

40+ Mute Swan were on Loch Stilligarry where 30+ Wigeon and 2 Slavonian Grebes were amongst them.

140+ Black-tailed Godwits were on the machair at Ormiclate and the flock of c90 were still on cut fields by Loch Kildonan. There were several other small groups around Loch Bornish and on the newly cut fields. There is a noticeable increase in Golden Plover and Snipe numbers today 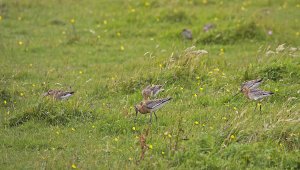 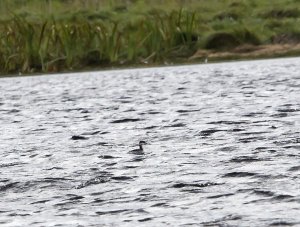